In a mission to raise money for the British Red Cross, Jonathan Foreman and Nigel Sam embarked on the #TourDeCoop. They jumped on their bikes and cycled 560 miles 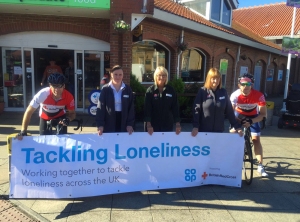 throughout south Scotland and the north of England over five days.

Jonathan and Nigel, colleagues at our distribution centre in County Durham, are passionate about road safety and wanted to challenge themselves to not only raise money for the British Red Cross but to also raise awareness of road safety among colleagues, members and customers.

‘We were looking for something to really challenge us, something that everyone could really get behind. Jonathan Foreman 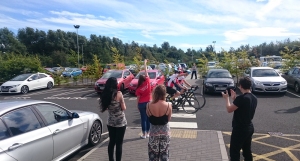 Over the five day challenge stores and depots showed their support by supplying the team with refreshments and helping to collect money for their charity bucket. With the help of these colleagues the team managed to add an extra £600 to their overall £4,720.90 total.

We followed the team throughout their challenge and documented their progress on #tourdecoop. See how the challenge went in the video below –

We’d like to say big congratulations to Jonathan, Nigel and their van support Stuart and Gareth.

Anyone who is wishing to donate still can on their fundraising page.