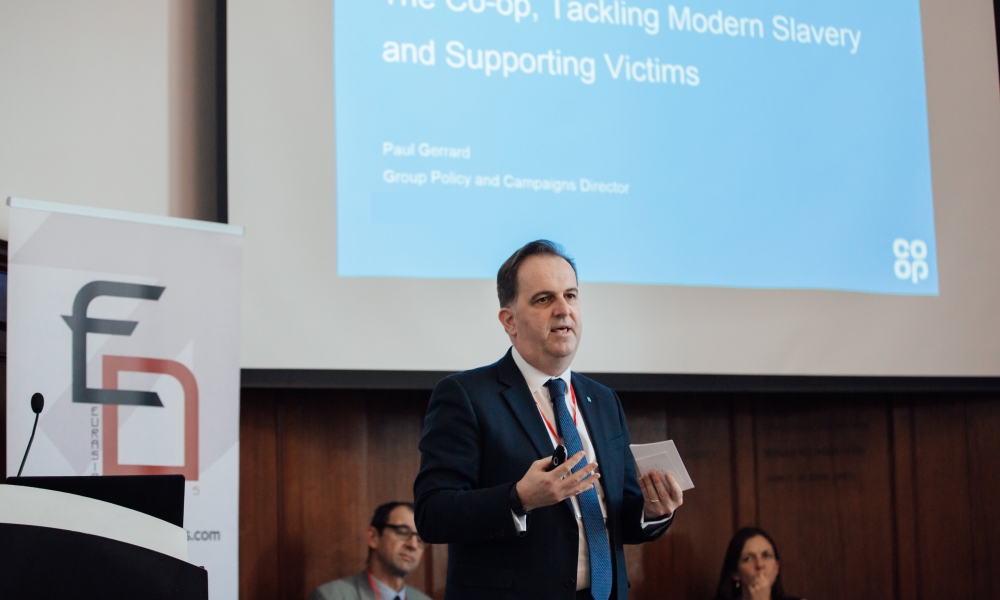 Providing a brighter future for UK victims of modern slavery

Today we announced the launch our Bright Future programme which will help integrate victims of the UK modern slave trade back into communities.

In a bid to tackle what Prime Minister Theresa May has described as the great human rights issue of our time, we will be providing jobs for known victims and will be raising awareness of modern slavery amongst our four million members.

In partnership with the charity City Hearts, which offers support and accommodation to vulnerable people, we will provide 30 survivors of modern slavery paid work experience in our business and, if suitable, a guaranteed job.

Our Bright Future programme will provide survivors with a four-week paid work placement followed by a non-competitive interview. If this is successful and there is a position vacant, the candidate will be offered a job. The first beneficiary of the scheme is already working in a Co-op store in the North West of England.

In addition to this, we will be highlighting the issue to our four million Co-op members.

Having heard our new colleague’s harrowing story I am proud that our Co-op has teamed up with City Hearts to offer real practical help to survivors of this evil crime. It is clear to me that victims need to be supported while they rebuild their lives and central to that is the dignity that paid, freely chosen employment provides. Without this, there is a real chance that they could fall back into the hands of those who have exploited them and for the terrible, unspeakable cycle of enslavement to begin again. Steve Murrells, Chief Executive of the Co-op

We believe that modern slavery will only be stopped by Government, business and society working together to ensure supply chains are transparent, giving this shocking crime no shadow to hide in.

Already several of our key suppliers including: Tulip; Greencore and 2Sisters have signed up to support Bright Future in 2017 and will provide employment opportunities to victims of modern slavery.

We need more companies to respond to modern slavery like the Co-op. This pioneering approach to victim support will provide long-term care, boost opportunities for the future and, most importantly of all, prevent the risk of re-trafficking. This unique initiative marks the first time victims have been directly offered work placements and employment opportunities. In doing so, the Co-op has empowered victims of modern slavery and human trafficking to live a bright future, and I am pleased to see that this initiative opens the door for that to become a reality. Kevin Hyland, the Independent Anti-Slavery Commissioner