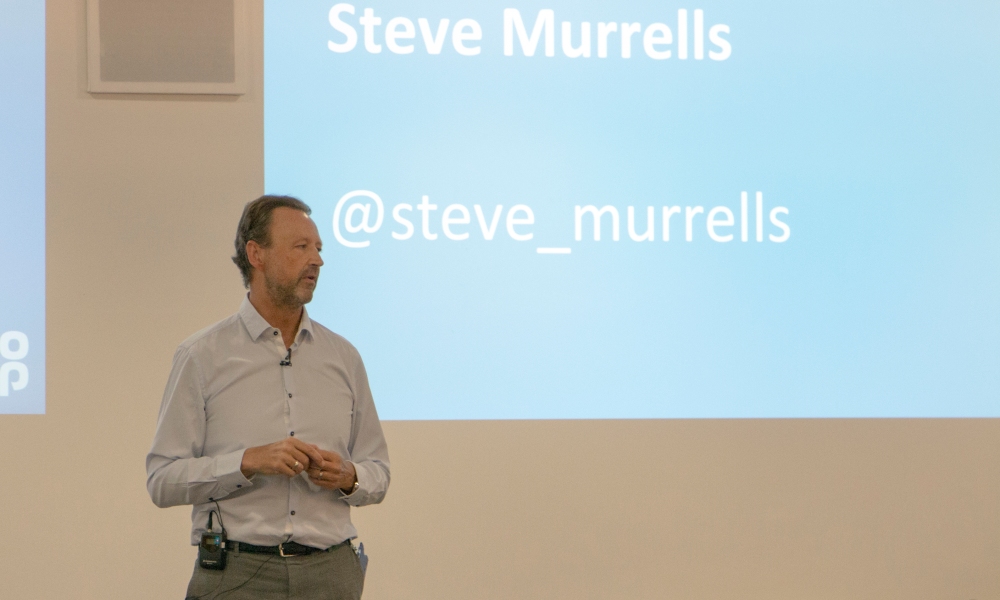 Yesterday I addressed a gathering of co-op/mutual senior leaders from across the co-operative sector in the UK. It was the first such meeting for several years and gave me the opportunity to set out the challenges facing the movement in the 21st century. The following is what I had to say:

One of the commitments I’ve made for myself in my new role is to build both a stronger Co-op Group but also a stronger co-operative movement.

The secret to that, in my view, is to give greater emphasis to the idea that we’re not merely a loose collection of diverse businesses. We’re something much more than the sum of our parts. Or at least we should be.

What makes co-ops and mutuals distinctive is our democratic model of ownership and a way of doing business that sees commercial endeavour as an expression of social and ethical progress. In short, we believe that business can be a powerful force for good.

These things ought to be compelling and attractive ideas to the general public – especially at a time when trust in institutions, the media, politicians, and indeed CEOs, is at an all-time low.

Across the Co-op movement there’s no doubt that we’re doing some great things. I’m proud of the progress we’ve made at the Co-op Group over the last year to radically revitalise our Membership offer and return to our community and campaigning roots.

But I don’t think the average person on the street truly ‘gets’ what we are about. They certainly don’t see the Co-op Group or the movement as a whole as part of the solution to the failings and frustrations of modern life.

There are good reasons for this.

You can take a business studies course or an economics degree and never learn about the Co-op business model. You can study British history without discovering the Rochdale Pioneers.

But it’s not just a failing of the education system. It’s a question of changing national culture as well.

Since 1945 we’ve seen major shifts in how we see ourselves and how we relate to each other. We’ve developed into a society where the individual is ‘King’ or ‘Queen’. We’re encouraged to think in terms of ‘rights’ rather than ‘responsibilities’. We’ve become ‘consumers’ rather than ‘citizens’. A nation, not of shop-keepers, but of shoppers.

So the challenges that face the co-operative movement today are ones of ‘trust’ and ‘individualism’.

I don’t have all of the answers to these challenges. In fact part of the reason why I want the Co-op Group to engage more fully with the wider family of co-ops and mutuals is because none of us will be able to work this out on our own.

However, I’m quite certain that ensuring that we are relevant in people’s lives and to their communities will be part of the solution.

The reason why the Rochdale consumer co-op model went ‘viral’ through the middle of the 19th century and up to the mid-20th century was because we were addressing an unmet need in a way that gave people confidence and security and belief. And we created an emotional connection with our customers as well as an economic one.

We need to find how to create that relevance and that emotional connection once again.

As the Co-op Group we have to ask ourselves some big questions: Are we still addressing the most important needs of our members? Are we serving the markets in which we trade in ways that are relevant and co-operatively distinctive enough? Are there new markets for us where the state or privately own business or PLCs are failing to provide a good response?

Affordable housing for the young and social care for the elderly stand out as today’s pressing social needs. Should we be looking to enter that space? Or is that too ambitious? Would smaller local co-ops be better placed to do that in towns and cities across the country? Or can we learn from the small-scale housing and social care co-ops that already exist and think through how to scale up their ideas to a national level? Perhaps Co-ops abroad have better answers to this than us.

And how do we attract a new generation of Co-op members? We know that our current membership is made up of people mostly over the age of 40. We also suspect we’re not as ethnically diverse in our membership as a national retailer ought to be. Do we need a specific membership offer for different age groups and communities? Is our data good enough to allow us to do this?

When we campaign are we being too safe? Are we afraid to make enemies? Does that reticence mean our long reputation for championing social change is now failing to cut through to the public?

Do we look to grow organically or do we look for more creative expansion through franchise propositions? Is the way to create value for our members by expanding our wholesaling operation beyond other Co-ops to increase our purchasing power?

And are we thinking far enough ahead? Are we considering the major changes that are coming and that will radically alter our lives? Automation of jobs. Driverless cars. The internet of everything.

I’m throwing these questions out there because I want to see a lively debate. I want people to talk about Co-ops and understand why our way of working can address today’s social and economic needs in ways that put people first without sacrificing quality or service.

A moment of opportunity

The Brexit vote in Britain, the Trump victory in the States, the elections of Macron in France and Trudeau in Canada, Jeremy Corbyn’s performance at the last general election, all make me think that the co-op movement is entering a moment of opportunity that we must not miss.

There’s a new generation who are refusing to be ignored. There’s a groundswell of feeling that the old ways of working aren’t acceptable anymore.

To take this opportunity we have to work harder to explain the co-op way of ownership and doing business. We have to make sure we’re relevant to our members’ needs and distinctive in how we deliver our services to them.

We need to demonstrate and become famous for strengthening the communities in which we trade. We have to be smarter with data. And bolder in our campaigning.

We have to build deeper relationships with individual members that go beyond a commercial transaction. We need to do business in a way that touches people’s hearts.

So there’s plenty to go at and we should feel inspired and exhilarated by the challenge. As individual Co-ops, and as a movement, I think our time has come again if we can find the path to economic and emotional relevance.