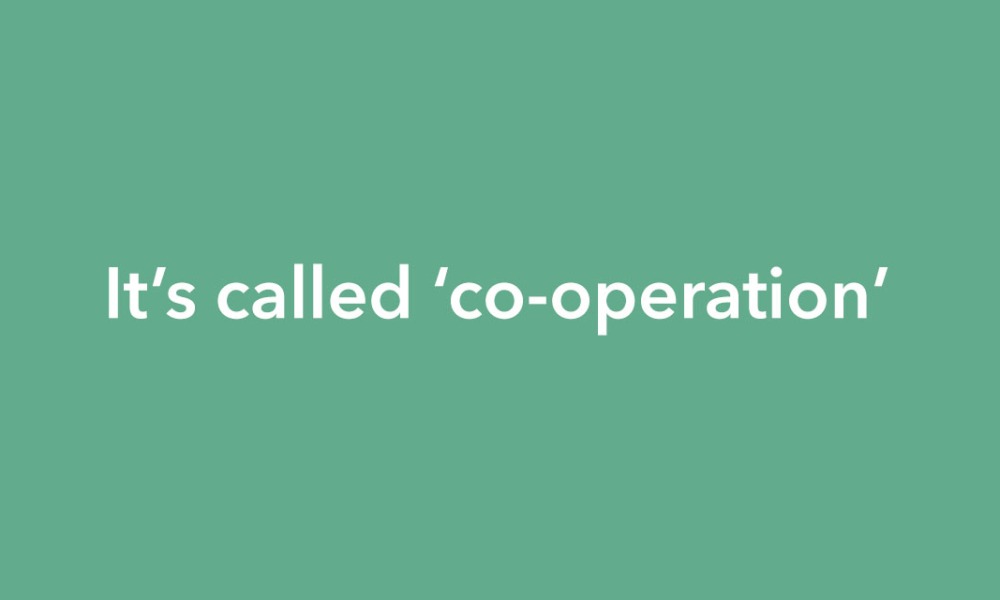 Free markets Vs the State? Don’t forget there’s another way of doing business

Today we’ve heard the Chancellor Phillip Hammond continue the current debate over the best way to run the UK economy. Free markets or State control? At lunchtime he told the Conservative Party Conference in Manchester that “a new generation were being tempted down a dangerous path.”

Mr. Hammond’s remarks follow those from Jeremy Corbyn at the Labour Party conference in Brighton last week when talked of the “crisis of legitimacy” facing capitalism and argued that more state control was needed. A day later Theresa May was at the Bank of England telling us that: “A free market economy, operating under the right rules and regulations, is the greatest agent of collective human progress ever created.”

Their rival outlooks sparked a media debate on radio and TV that continued through the weekend with Sunday’s newspapers full of pundits discussing the future of capitalism.

But something’s missing from all this economic discussion of what works best for Britain.

There’s another way of owning and running commercial endeavour that creates wealth, maintains strong accountability and that around the world has lifted individuals and whole communities out of poverty.

It’s called ‘co-operation’ and it’s a way of economic control and ownership that Britain has every right to be proud of. In the 19th century, thanks to the Rochdale Pioneers, it was an idea that became one of our nation’s greatest exports.

In Britain and around the world co-ops really matter.

According to the latest report from Co-ops UK, there are nearly 7,000 co-ops in Britain employing more than 226,000 people and with a combined turnover of nearly £36bn. That’s not marginal or fringe. That’s a sizable ‘Co-op Economy’ and it’s continuing to grow.

Our own Co-op food stores and funeral homes are the biggest indicator of the Co-op Economy in this country but co-ops are also providing taxi drivers in London, affordable homes in Leeds, social care in rural wales, and even bouncers in Newcastle.

And look at the Co-op stats at a global level from the International Co-operative Alliance.

The number of co-ops throughout the world is approaching 3 million and they have more than a billion members. And the world’s top 300 Co-ops (which includes the Co-op Group) have a combined turnover of $2.5 trillion and cover retail, insurance, agriculture, utilities, financial services and health care.

Strange then that co-ops aren’t getting much of a look-in in the current debate about politics and economics.

It’s up to all of us in the co-op movement to help our politicians understand what co-ops are achieving every day of the week all around the world, and how individuals, families and communities are benefiting.

Two weeks ago I explained how our 4.5m Co-op Group members (our owners) had benefitted from £35m that we’d returned to them and their communities during the first half of the year. We achieved that through well run businesses competing in the market place but without putting profit before people.

Personally, I believe the state does have a critical role to play in society and I also think well-regulated markets have proved their worth.

But co-ops can, and do, provide a unique way to generate value and build communities. So let’s not forget that there’s more than two ways of doing business.